There’s been quite a lot of controversy surrounding this book. For those of you who somehow missed the lead up to its release, Go Set a Watchman was actually the first book Harper Lee wrote, but when she submitted the manuscript, she was advised against publishing that work and instead encouraged to rewrite the story as one that went on to become a seminal read for many people – To Kill a Mockingbird. It was certainly one of my favourite English set works in high school and I reread it as recently as last year. Love. The controversy arose for two major reasons – firstly, if the initial manuscript was ‘rejected’, would the book be any good, or was its release now just a money making effort, and secondly, since Harper Lee is 89 and has not only been notoriously media-shy since the remarkable success of To Kill a Mockingbird, but indeed swore that she would never publish anything again, did she even agree to the publication of Go Set a Watchman at all?

It was this second point that made me slightly hesitant to buy the book. After all, it seems as if none of the correspondence regarding the book’s publication has actually been with Lee herself, but rather with her lawyer. And why would she suddenly, after all these years, decide to publish a ‘failed’ manuscript? I’m not entirely sure I buy the story that it was lost or forgotten about and then rediscovered. I struggle to imagine the author that would forget any piece of work she had written, particularly one that bore the sting of rejection but ultimately lead to the creation of a hugely successful novel – the only one she ever published. Even more concerning is that her sister, who had previously acted to protect Lee’s interests, passed away in late 2014. Opportunistic timing or coincidence? Nonetheless, I could not resist the lure of finding out what happened to Scout and Jem after the closing chapters of To Kill a Mockingbird, and I duly bought a copy of Go Set a Watchman (at ridiculous hardcover price too) a month after its release.

I think it can be both a blessing and a curse for an author to have such a stupendous success with a novel as Lee did with To Kill a Mockingbird. On the one hand, while reading Go Set a Watchman, I definitely felt an intense desire to like the book, purely because of the legacy of the previous work that I had loved so much. On the other hand, having subsequent work compared to a prior success can be unfair and a little harsh at times. I don’t know why the initial manuscript was rejected but I found the writing in Go Set a Watchman to be beautiful, if a little meandering in some places. Lee’s descriptions and characterisations are something to behold. I did, however, struggle a bit with the storyline. It felt a little rushed towards the end, a little like there was no real conclusion to the story. Or not one that satisfied me anyway.

Without giving too much away, Go Set a Watchman sees an older Scout, or Jean Louise now that she is a little too old for her nickname, visiting her father, Atticus, in their deep-South hometown of Maycomb. There isn’t a huge amount that happens, no major action or terrible events unfold. It’s more a gentle, but uncomfortable, tale of a young woman discovering that her father is not the moral compass (or watchman) she thought him to be. It rocks her very understanding of everything she has believed to be true about Atticus, herself, her childhood – her core. Maybe that’s why I struggled a little with the storyline too – Atticus was such a revered character in To Kill a Mockingbird, such a bastion of liberal morals that it was very hard to see him fall from his pedestal. Almost implausible. And the justifications for that fall, or Jean Louise’s perception of it, that conclude the book seemed a little hollow to me.

I suspect that if Harper Lee had been given the opportunity to do a bit of a polish, some of the meandering and inconsistencies would have disappeared. My fears that she may not be thrilled with the novel’s release into the public domain are tempered with my selfish pleasure in being able to read it. And it is definitely worth a read. The beauty of the writing outweighs any discomfort with the plot. After all, some books are meant to be uncomfortable – those are the ones that really make us think. And Harper Lee is certainly no stranger to that. 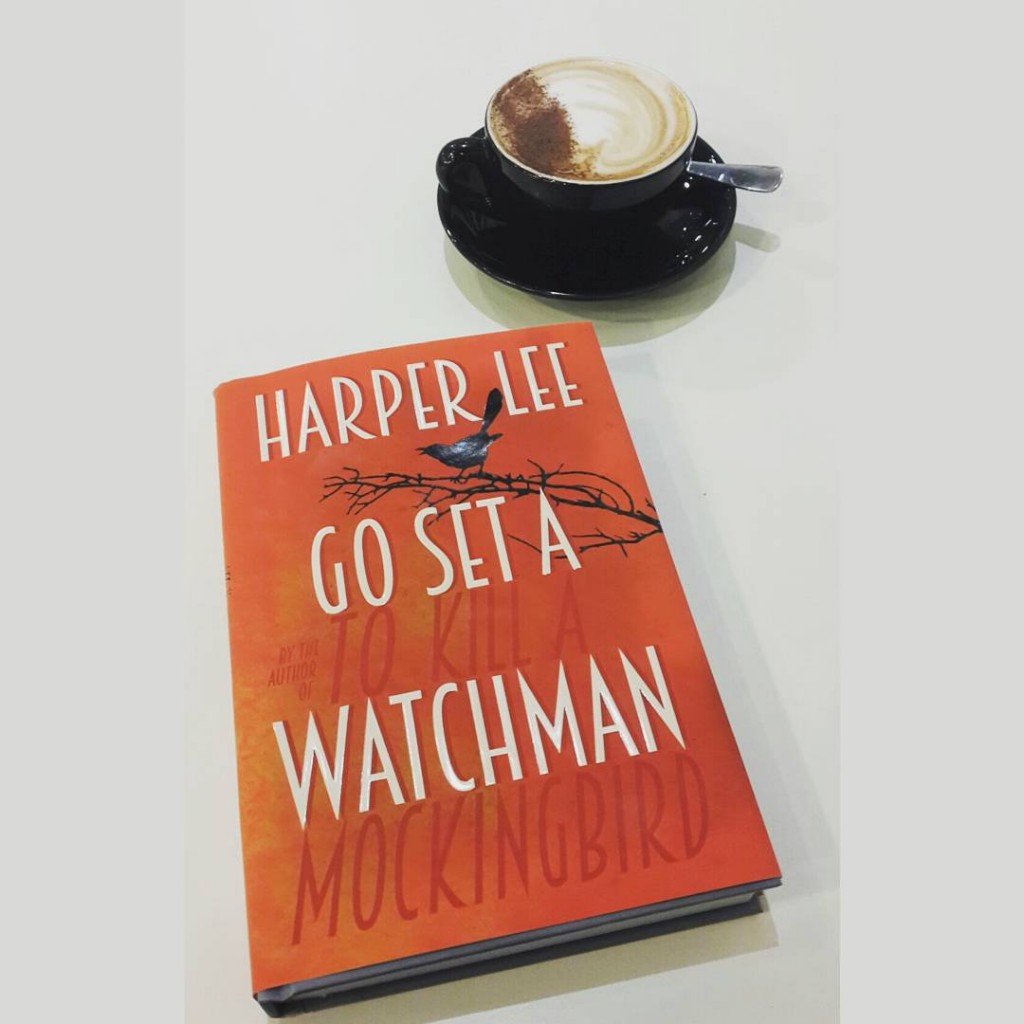