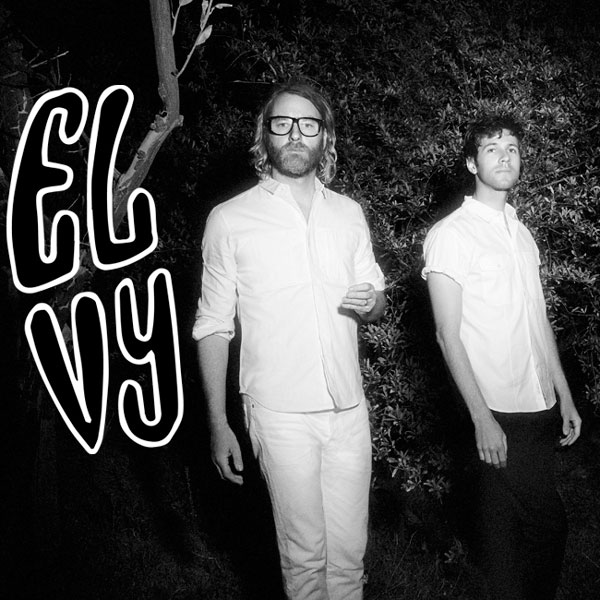 I think at this point my love for The National and frontman Matt Berninger is fairly well established. So I was, of course, quite pleased when he formed side project, EL VY (pronounced, according to them, like it rhymes with hell pie) with Brent Knopf of indie rock band, Menomena in 2014. Brent also happens to be the producer of South African band Dear Reader’s album Replace Why With Funny, so there’s a bit of a local connection too. Return to the Moon, the band’s debut album, was released in November 2015 and was undoubtedly my favourite album of the year.

EL VY features the sublime (I think the technical term is panty dropper) baritone of Matt, making it instantly recognisable as his side project, and I suppose comparisons to The National are inevitable. While the vocal style is similar, with a few more forays into a higher register than we’d usually hear, the tracks are a lot more light-hearted than the dark beauty we have come to associate with The National. On Return to the Moon you can expect a mixture of upbeat indie-synth-pop and some really crunchy, grungy tracks, with one or two more melancholy numbers that wouldn’t have been out of place on The National’s last album, Trouble Will Find Me. A musician friend and fellow Berninger obsessive tells me that EL VY is all about the major keys whereas The National favours minor keys…I just take his word for that because the only thing I know how to play is the fool.

Whether you are a The National fan or have never heard of them (for shame!), if you love beautiful music and quirky, intelligent lyrics, you’ll adore EL VY, no matter who you compare them to. I’m hard pressed to choose a favourite song off this debut album as each of the 11 tracks has something special to offer. The title track, Return to the Moon, is probably the most upbeat and singalongable (totally a word), while I just love the dry humour and grungier sound of I’m the Man to Be. Need a Friend, No Time to Crank the Sun and Sad Case are also notable tracks for me, but really, it’s actually impossible to choose one I love best.

I hope we get to hear lots more out of the fabulously quirky EL VY. Definitely a highly recommended album.