It’s taken me a couple of days to get my thoughts in order to write this review, because honestly, seeing the Pixies live at Rock on the Lawns was completely surreal for me. By the time I discovered and fell in love with the Pixies in the early 90s, they had pretty much broken up, so I really never expected to get to see them live – this made Saturday night’s gig even more special.

If I think back to any of the major highlights (and lowlights) of my teenage years, the Pixies are part of the soundtrack. The first band I ever used to support fanatically, and follow around the countryside, was a group of my friends who played covers, and there were many Pixies tracks among them. I remember Hey starting to play in the background as I got my first kiss from my standard nine (Grade 11) boyfriend – a guy I’d had a crush on for ages – and pulling free so I could run to the dancefloor. Surprisingly he still wanted to date me after that. I was the queen of making mix tapes for my friends in high school, and they always had Where is my Mind on them…usually about three or four times so that people didn’t need to rewind…as well as a few other Pixies tracks. I even managed to train my little brother to love the Pixies too, so that he would ask for them when we were in the car, and by the time he was just four years old, his favourite song was Here Comes Your Man. As I got older, Gigantic became my driving home from the razzle song and is still one of my favourite songs to car disco to – it just has such immense singalongability – and other favourite local bands like The AK Massive and Absinthe did great covers of Pixies songs too that I just fell in love with. They’re a band with such cult appeal, and it was so exciting when they started releasing new material again, even though Kim Deal was no longer part of the package.

Even more exciting was the moment their visit to South Africa was announced. I think I had a teeny brain embolism in the second I saw that post on Facebook. Needless to say I was in the online queue for half an hour before ticket sales opened, just to make sure I didn’t miss out. When the ticketing system started timing out, I actually thought I might cry. So of course, I was conscious that I was possibly building this thing up too much for myself. Could this band, who’s first album was released almost 30 years ago, still deliver the goods? Would I be disappointed if they didn’t sound exactly the same way they did back then? I was pretty sure it would be okay, but I tried to keep myself calm (endless countdown posts on Facebook notwithstanding). 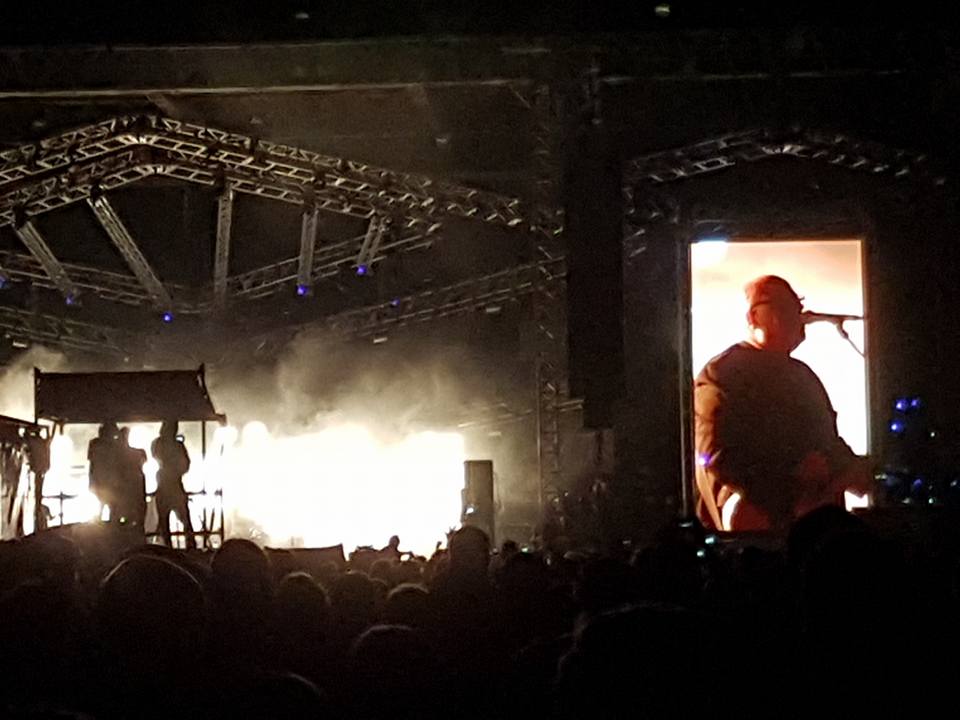 And then the moment arrived. I had heard an interview with Black Francis on 947 a couple of weeks prior to the show, and seen some other live footage, so I knew that the band wasn’t big on chatting to the audience. They just appeared on stage and started playing, right on time. I was dazed. For the first few songs, I kept saying to myself (internally, I’m not entirely insane) “I’m watching the Pixies. This is actually happening. I’m watching the Pixies!” Like I said, surreal. The sound was amazing, and it’s always difficult to get right at an outdoor show, so kudos to AMP Events for a stellar production. And the Pixies, well, they were perfection, sounding exactly the way they always have – I could have closed my eyes and been listening to a live show from the Surfer Rosa days. Then they played Hey…I screamed so hard I could practically taste blood in my throat. For most of the gig, I think I was having an out of body experience. I definitely cried a few times (people who know me well will know there are other favourite bands that have reduced me to tears – Bloc Party, Editors, Sugardrive, and a few others), especially during Here Comes Your Man. They played an incredible mix of songs from all their albums, so I think pretty much all their fans would have been more than satisfied. Song after song after song for more than 90 minutes, without a word spoken, even as they took their bows and then took their leave of the stage. I have seen a lot of complaints about this online. People seem to take it personally and interpret it as going through the motions, or not being interested in the audience. I’ll admit that even though I was expecting it, it was a bit weird right at the end. But it doesn’t change in the slightest how incredible their performance was – there is absolutely no way they were just going through the motions, and I think their biggest priority is their audience, so instead of chatting, they deliver what they do best – amazing songs. The only tiny disappointment I had was the absence of Gigantic from the set list, but to be honest, I don’t know if I could have handled it anyway.

All in all, it was the most amazing gig I have ever been to. I felt like I’d gone to heaven. The Springbok Nude Girls deserve a little shout out here too – they play an equally important role in my musical life, and I was super excited that a band that was changing the face of SA music at the same time as many of us were discovering the Pixies were supporting them. And they were brilliant, as always.

All that’s left to do now is find a way to come to terms with a severe case of post-gig blues, and hope they come back soon.