Flies. Noise. Extreme temperatures. Long hours of inactivity and boredom. Confined spaces. The pungent aroma of urine and faeces. This is a day in the life of a shelter dog – and a lucky shelter dog at that. 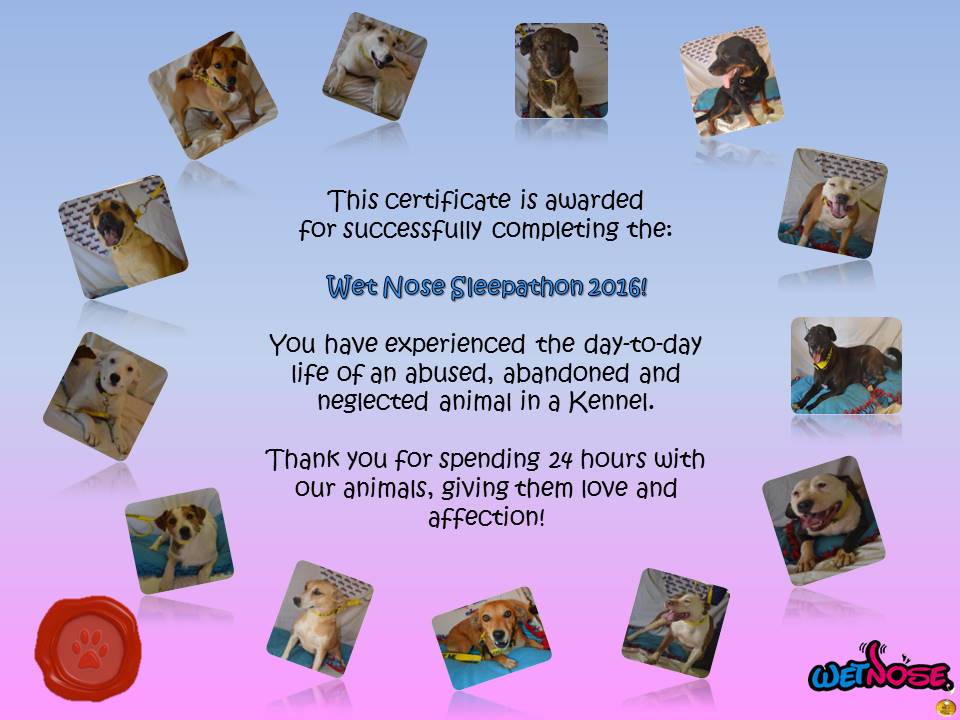 I participated in the Wet Nose Sleepathon last weekend and even for me, a person who has spent her whole life visiting various animal shelters, it was a real eye opener. I mean, you know – intellectually. But you don’t really know. Let me begin by saying that Wet Nose is one of the best shelters I have ever seen, so don’t let that opening sentence fool you into thinking they are doing something wrong. They’re not. They’re doing everything a shelter possibly could do to make the lives of abandoned and unwanted animals better. But nonetheless, this is the reality. These are not dogs that are lying on the couch at home or playing in the garden. They live in kennels. During the day, in the heat of the sun, these kennels are uncomfortably warm, and at night, they are freezing. They are cleaned scrupulously by the staff but still, dogs will be dogs, and when there’s hundreds of them, the smell of urine and faeces can’t be completely eliminated. The dogs have plenty of food and water, and comfy enough beds. But space is limited (there was more than I expected, to be honest) and frustration and loneliness is real. The barking is incessant. Incessant. Even in the small hours of the morning, there was always the sound of a dog, or twenty, barking, whining or howling. I think I would go mad if I had to be in that situation permanently, I don’t know how the staff and volunteers don’t wear earplugs. And the animals…maybe they get used to the noise, but I suspect it is very stressful for them. Ordinarily, the dogs probably get walked once a day, assuming enough volunteers arrive to give them each a turn. That leaves 23 hours of confinement. The sleepathon participants walked their dogs about five times in the 24 hours we were there, because the thought of the animals’ boredom and frustration was unbearable. Let me say it again, Wet Nose is doing a fabulous job. They are a no kill shelter, which means that every animal they rescue stays there until it finds a home (or it stays there). They house dogs, cats, horses, donkeys, pigs, cows, geese – the works. The cost must be astronomical. And yet every animal I saw was well looked after, their enclosures were clean and the staff were obviously full of compassion and dedication. Theirs is no easy job. I don’t want to even think about the heart breaking things they must see and stories they must hear. It would finish me. The purpose of the sleepathon is twofold – it creates awareness around what shelter animals experience, and it raises money for the shelter through registration fees and sponsorship of participants. I think it’s a great idea and definitely a reality check for many people, although I will admit to having serious angst about whether the dogs I shared a kennel with were being let down once again by having me to bond with, only to have me disappear as well. Am I just another person who has abandoned them? 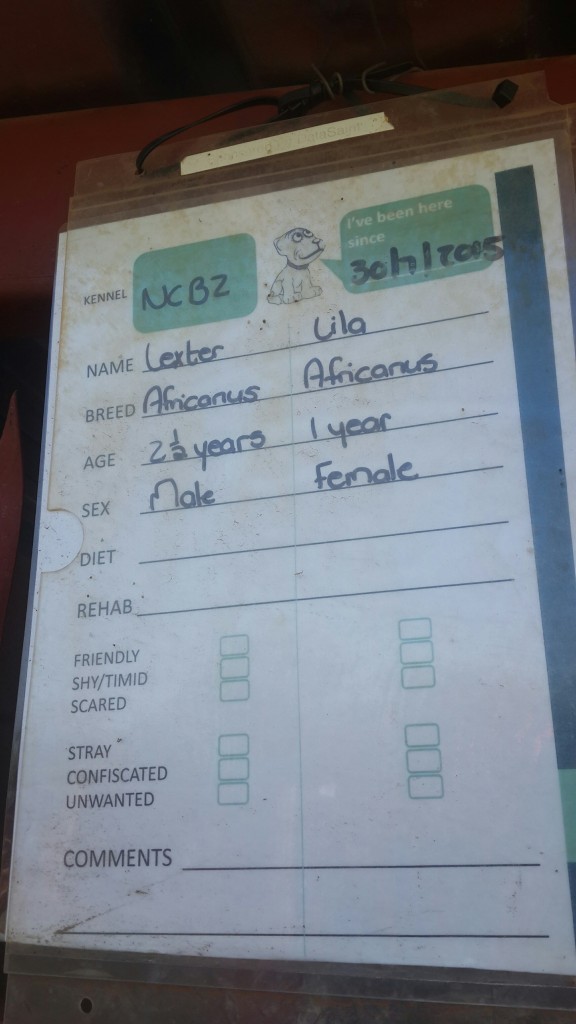 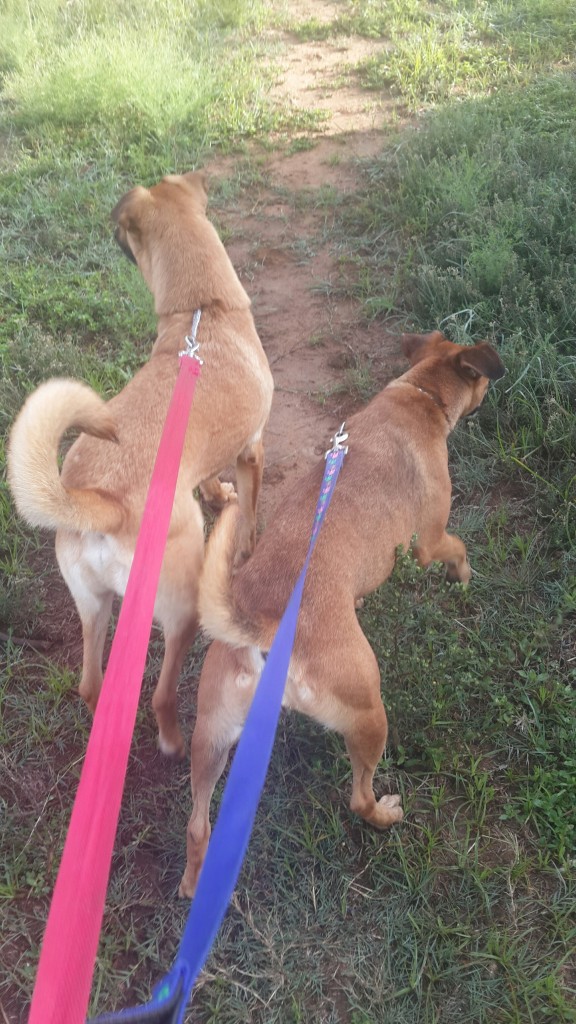 My ‘bunk buddies’ were Lila and Lexter, a male and female, both Africanis. I must be honest, I was a little nervous at the prospect of sharing with two dogs. I mean, I grew up with both dogs and cats (and chickens, fish, ducks…you name it), but I have been a cat person for most of my adult life. I can’t recall when last I shared my bed with a dog – of the canine variety anyway. But it was for a good cause and I was game. Lila and Lexter are incredibly sweet, and I so wish they would be adopted soon – if I could have taken them home with me, I would have, but not only would the body corporate evict me, what with that two small pets only rule, Violet would flee as fast as her little calico legs could carry her. It took an extremely thorough shower before she would even come near me after I got home from Wet Nose! We had some touch and go moments, including a very vigorous rough housing session that involved me and was a bit overwhelming in the confines of the kennel, and Lexter deciding to pee on every item of bedding I had – sleeping bag, blanket, makeshift duvet-doubling-as-a-mattress, everything except my pillow – but overall they simply wanted to be paid attention. On our many walks, Lila would periodically pause and jump up so that her paws rested on my chest, and just gaze at me with such love that my heart broke, while Lexter would continually look back to make sure I was there, and after the unfortunate peeing incident, just wanted to snuggle with me in my new bed (kindly supplied by Wet Nose when I thought I would have to sleep in my car). 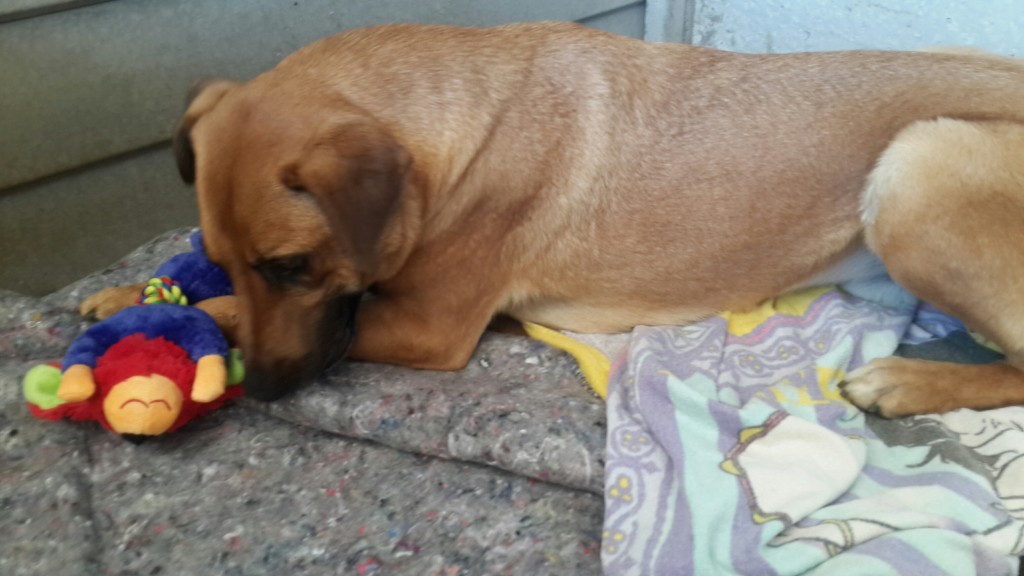 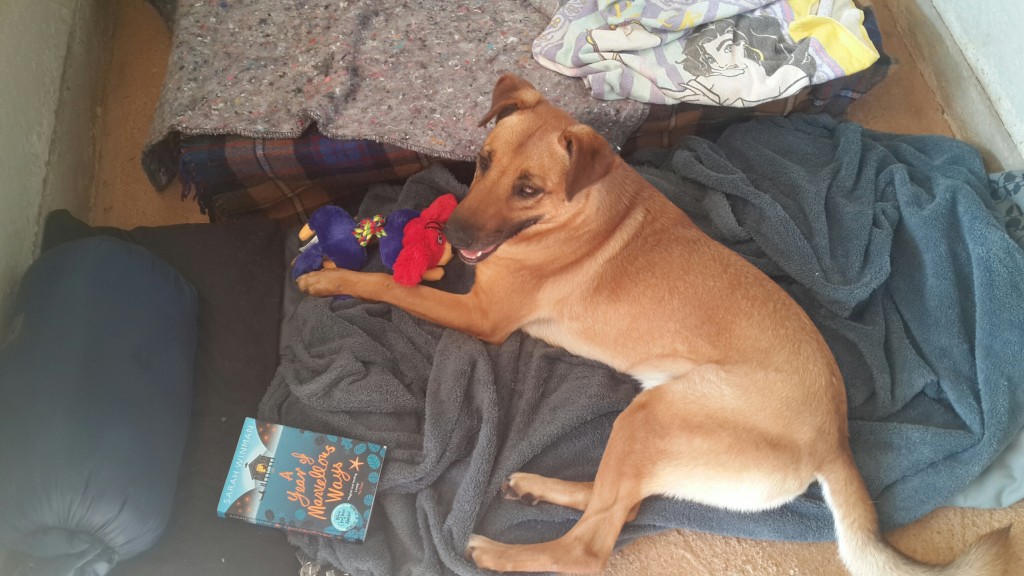 I don’t think I can really capture the experience in words, it’s something that has to be experienced to be understood. As far as I’m concerned, every single person considering buying or selling an animal, or giving one away ‘free to a good home’, should have to spend at least 24 hours sharing a shelter animal’s living space. Likewise those who consider ditching their pets as soon as they have a new baby/have to move/no longer find the animal as endearing or convenient as it was when it was younger. They need to understand the full ramifications of the problem they are perpetuating. And remember that not all shelters are no kill facilities – some simply aren’t able to sustain that, and the people to blame are not the shelters but those who dumped their animals or didn’t bother to get them sterilised. For flipping shame. 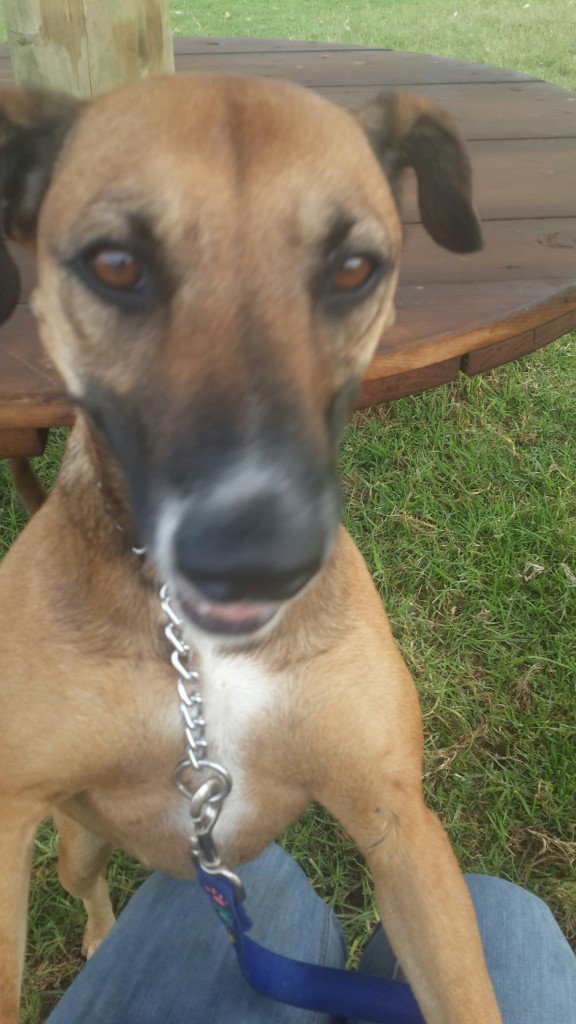 Rugby Roundup: Super Rugby Round Four – The Bulls vs The Sharks

Rugby Roundup: Super Rugby Round 5 – The Sharks vs The Crusaders